← Back to Live Plants, PLEASE SCROLL DOWN 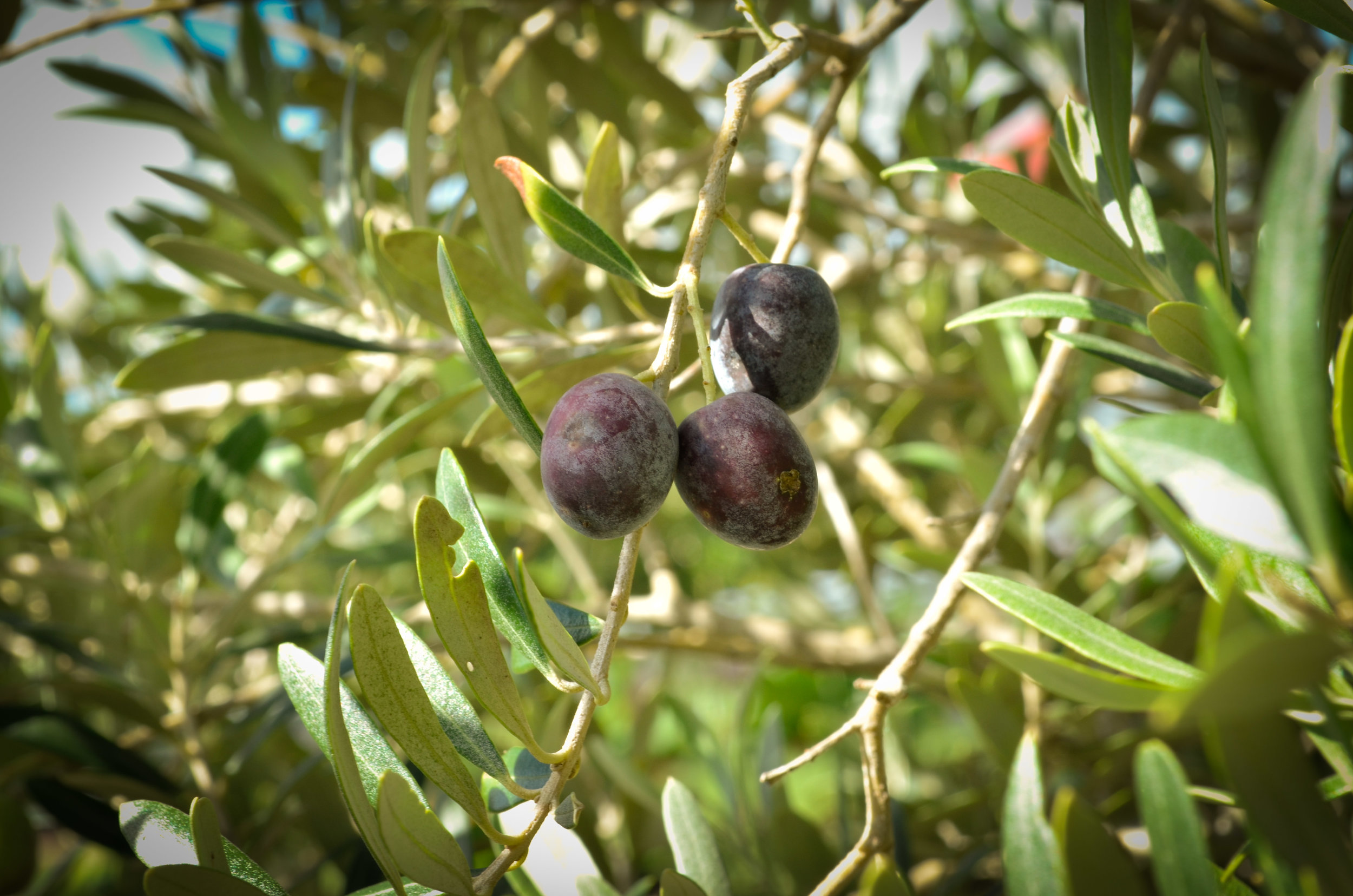 For sale is a live plant with established root system in a pot.
***Images of fruit or edible qualities are provided from our nursery's stock of producing plants to show the potential yield of of our fruiting & edible plants.

Olive trees are one of the hardiest adaptable plants to add to our edible & ornamental landscape designs. Originating in a Mediterranean climate, the olive plant is assimilated to hot & dry summers with wet winters. They don’t complain when there is plenty of summer rains though, thriving in various climates in zones 7-9. With up to 20lbs of fruit per tree - even in these conditions - we claim the Olive to be an incredibly resilient crop!

Olives for Health & Prosperity! Olives and their oil contain bioactive compounds that contain high concentrations of antioxidants and exude antihypertensive, antiatherogenic, anti-inflammatory, hypocholesterolemic and hypoglycemic properties. Leaves of the Olive tree are also collected, dried and cut for their medicinal qualities. Brewing a tea with the leaves has similar benefits to Olive Oil.

Grow in pots to bring a unique aesthetic to your home or office. Olive trees offer plenty of ornamental value as a container plant with their grey-green foliage.

Arbequina Olive
Origin: Spain
Great things come in small packages. Arbequina is a tiny Spanish olive with intense, excellent flavor. Brine cured for eating or pressed for making excellent homemade olive oil. Trees are self-fertile and highly productive. They fruit reliably in the Southeast. Beautiful evergreen edible landscaping tree. The tree is typically weeping, although we have grown ours to be straight. Self-fertile variety.

Chemlali
Origin: Tunisia
From African Coast of the Mediterranean Sea with an exceptional cold hardy characteristic that also is highly tolerant to salt water damage to leaf tissues. Roots are very drought resistant in the sandy soils. Flower early, and the fruit ripens earlier than most other cultivars. The olives are smaller than most others, but the delicate olive oil extract develops into a very high quality kitchen product that suggests the flavor of apples. Flowers require cross-pollination.

It is considered to be part of the early ripening varieties; its fruit is typically harvested in October and is most generally picked while it is green. This leads to a strong “grassy” aroma. Although, when ripe, it is used commercially for oil production, the Coratina olive can be picked as a green table olive.

Manzanilla
Manzanillo is the classic table olive. It's a large variety that can be eaten both green and ripe black. This variety becomes fruitier and less bitter as it ripens. Moderately cold hardy. Self-fruitful but produces higher yields with a pollinator.

For all Olives:
USDA Hardiness Zones:8-11 (in the ground), ground planting into zone 7 is possible with
microclimates and northern wind protection. Can be grown in containers
in all zones, simply move potted plants indoors during winter months for
protection and move outdoors during summer months to encourage greater
fruit production.

Deciduous/Evergreen: Evergreen in zones 8-11 and can be Semi-Deciduous loosing their foliage
in very low temperatures when planted outside the recommended growing
zones - if in a container, move indoors to avoid leaf drop

Soil & Site Requirements: Tolerates wide range of soils but does best with well drained sandy soil. Be sure to mulch around the base of the tree to trap heat and build organic matter. Use a slow release fertilizer high in nitrogen March, May & August

Drought Tolerance/Watering Requirements: Hardy to Heat & Drought once established. For initial planting water every day for the first month and then once a week

Chill Hours: 250 hours to fruit properly; olives are commercially grown for fruit
harvest as far North as Atlanta. We have observed Central Florida being
the most southern zone for successful fruit harvest during cooler
winters. Mild winters have been less successful in Central Florida for
fruiting.

*Planting Instructions:*
To bear a fruit set, Olive trees do require chill hours, or time in cold temperatures below 32 degrees Fahrenheit. We have found in our central Florida location (Howey-in-the-Hills), that the self-pollinating trees will produce fruit. Harvests can be sporadic, depending on our winter. Olive trees also alternate fruiting years with non-fruiting years. At a climax height of 20’ tall with a 15’ spread, the Olive is a stunning ornamental tree - to be sure!

Plant in full sun for heavier fruit set and fast growth rates. Of course, with full fun conditions there is a need for a regular watering schedule during the plant’s establishment. Watering 3-4 times a week for the first month, with reduction in watering in subsequent months, will ensure a smooth transition from pot to landscape.

To maximize yield and ensure a healthy life of your fruit tree, mulch around the drip line, topdress with compost, vermicpompost & organic matter regularly, use organic fertilizer high in nitrogen 2-3 times per year, garden with companion plants of cover crops, flowering plants and herbs!

Transitioning container grown Olive Trees into larger pots as they age, encourages new growth and higher fruit sets. Grow in the office or home for a unique conversation starter! Olive trees are universally welcomed in homes and gardens as symbols of well being & health.

Photos and listing description are derived from our creative team and is for our use only. Thank you for your consideration in respecting our content! :)